Ever so often, we come across enchanting faces that are so vividly gorgeous that we have to watch them again and again. ANNE LEIGHTON is one such ravishing honey that in all likelihood will ensure your repeated attention. As Liv Tyler captivated throughout Bernardo Bertolucci’s ‘STEALING BEAUTY’, I find myself talking about ANNE’S comeliness in the same breath; I actually saw her in the trailer for the short film ‘LITTLE BLACK DRESS’ and I must say that ANNE is an absolute doll….oh how I’m a sucker for seraphic like candy romantic leading ladies. Recently seen in the docu-thriller ‘CYRUS: MIND OF A SERIAL KILLER’ alongside Princess Of Screams Danielle Harris, it was apt that they casted her as a college girl who is so stunning, she and her friends get drinks on the house. If you’ve seen her modeling photos, you would be inclined to endorse her blossoming appeal. If playing love interests is going to be her calling then ANNE doesn’t shy away from the controversial having worked on the Islamic Punk movement movie ‘THE TAQWACORES’. As a hot (there was never any doubt) ex-Catholic Islamic convert, she gets in way over her head entangled in a relationship with a Pakistani whose faith is in question.

It was never in doubt that performing is in her blood as at age eleven, she was chosen to appear in a production of The Nutcracker. With a clutch of stage productions and indie films, ANNE is well on her way to making her mark. She has the wherewithal to tackle a variety of roles none more so than in the upcoming ‘HOUSE OF PURGATORY’ which I’m pretty sure to catch she’ll be in Scream Queen mode! A naturally divine talent with the propensity to deliver eye-catching performances. 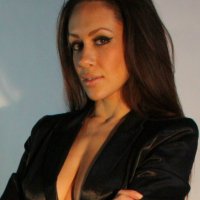