Diana Elizabeth Torres is one of the most promising indie actresses who is going to be the face of captivation in the coming months. Her leading role in “East Side Sushi” may yet start a global revolution where everyone is passionate to make sushi! With multiple screenings from Nov 12-16 at the prestigious Napa Film Festival 2014 and a most endearing performance from Diana, she could be a star in the making! Comparisons to Salma Hayek is going to be inevitable and yet Diana’s own subtle magnetism is clearly an attractive pull.

Here’s Diana giving us a glimpse of her character from “East Side Sushi”:

“East Side Sushi” is the story of Juana a single mom that strives to become a sushi chef. She has an elderly father and a daughter so she has to put them first but she’s pretty much living with the inertia and merely surviving.

One day she got a “wake up call” when she’s robbed and that makes her think about what she’s doing in life and where’s she going, about her needs, dreams, aspirations… So she starts to go in a different direction and finds this sushi restaurant, all of this is new to her, different from what she knew before.

She soon fell in love with the place and found what she thinks is her calling and decides to become a sushi chef but she has to overcome traditions and deeply rooted customs that will not be easy to breakthrough in a male dominated culture.

She plays a plain jane weighed down by circumstances impeccably and with her already being an award-winning actress, Diana’s fan base is sure to expand (me being one of the lucky ones!). I can’t wait to do an interview with the lovely Diana…:) With two buzzworthy movies coming this year, “Private number” with Tom Sizemore, Judd Nelson, Hal Ozsan as well as “Inherent Vice” with Joaquin Phoenix, Benicio del Toro, Reese Whiterspoon, Diana is blossoming into a bright eye-catcher. She’s also currently working on a play about Agustín Lara a Mexican singer and composer in the 50’s where she’ll appear as María Félix, one of the most iconic actresses from the Mexican golden age cinema.

Keep your eyes and ears on her by visiting the DIANA ELIZABETH TORRES OFFICIAL SITE for all the latest updates. 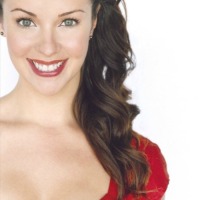 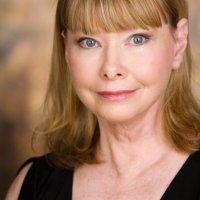