– When it comes to the world of film, we’re endlessly devoted to Canadian screen sirens and the desirable Vanessa Walsh is a lady worthy of obsession.
– The surreal and the supernatural combine with thrilling fashion in “Chiral”, the short where she’s a stealing beauty as the beguiling Hannah.
– Having also worked as a screenwriter on “Chiral” and imbuing it with a enthrallingly dark subtext, Vanessa is a multi-faceted artist with the gift of storytelling.

– With her genial disposition, Annette affirms the verity of indie actresses as visions of graciousness and genuine loveliness.
– Don’t miss her as the sweetheart Nicole in her latest film “Secret Santa”, a throwback to the much loved 80s slasher and she makes for a fetching Scream Queen indeed.
– Annette’s ability to segue into roles that requires nuances of duplicity as she depicted in awesome horror flick “Bite” is further proof she’s a flourishing talent.

– Notable for her portrayals of sensitive characters, Helena is a perennial darling of the screen with a captivating essence that has a vivid glow.
– In the short film, “Crazy Love” in which she doubles up as a screenwriter, she delivers must-watch thought provoking moments as Samantha, an emotionally battered and abused woman.
– Helena also stars in the magical short “A Late Thaw”, which is beautiful in its execution with the personal narration about the complexities of love.

– Elma gave us one of the most memorable performances in 2015 with her starring role as Casey in “Bite” and cements herself in indie horror lore as a thoroughly enigmatic actress.
– In “Bite”, the gorgeous Denise played her good natured friend Kirsten who is richly eye-catching, adding layers of tenderness to what is a terrifying body-horror tale.
– We’re waiting with bated breath to witness the evolution of both Elma and Denise as the stunning pair are set to dazzle the world. 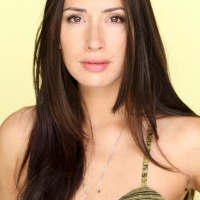 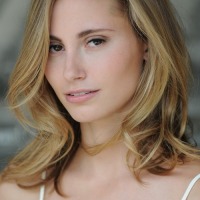