We are so in love with the women of the small screen and the heavenly Monica Barbaro elevates our approval even more. She appears in the newest episode of “Hawaii Five-O” playing Ella Koha, a woman who is involved in yet another intriguing case. In ‘Ke Koa Lokomaika’i’, she’s the assistant manager of a bank who is more than meets the eye and without giving away too much, Monica is stunning as Ella with all that power dressing. Is she the villain of the piece? Tune in this week to find out as she will be seen alongside Steve McGarrett (Alex O’Loughlin), Chin Ho Kelly(Daniel Dae Kim) and Kono Kalakaua (Grace Park).

She’s also slated to sizzle in the upcoming new season of “Unreal”, the hit series on Lifetime as Yael, the reality dating contestant who drives Rachel (Shiri Appleby) up the wall. No surprises the theory behind this is because Monica’s character is the hotter version of Shiri’s…oops…possibly igniting an impending rivalry in what is already a salacious look at reality TV. The diversity of faces that we come across in 2016 will indeed be fronted by Monica and her peers lending itself to compliments the world over. She’s also a natural at comedy and viewers will be enchanted by her impressive work especially her inflections of wit on the must-see comedy vignette “It’s Not About The Nail”. The gorgeous Monica is definitely on the trail of likeable prominence.

Check out the MONICA BARBARO OFFICIAL SITE for all the latest updates. 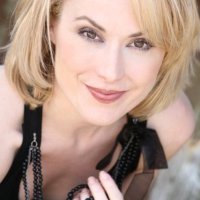