Jessie Fraser in “The Man In The High Castle”

– The elegant Jessie Fraser is a firm favorite of mine and she’ll be enrapturing your hearts too on the 2nd Season of the Amazon series “The Man In The High Castle come December 16.
– Reprising her role as Rita Pierce, the paramour of turncoat Joe Blake, her evergreen beauty that’s so apt for any era is one that viewers would have fallen in love with.
– Her piercing blue eyes are the heart of Jessie’s charms so don’t miss her on the 2nd episode essaying the nuances of a woman on the periphery of ideal love in an imperfect world.

– Both Lucy Walters and Pooya Mohseni deliver eye-catching, surrealistic turns in this week’s episode of “Falling Water” with still so many dream-like twists to uncover.
– Lucy is such a saucy tease as the enticing peroxide-blonde Isla, the woman with the gift of reading minds and the rather naughty habit of smoking crack.
– Starting January 27, don’t miss her in the period drama series ‘Z: The Beginning of Everything” alongside Christina Ricci that’s all about Southern Belles with feisty streaks.
– As the poker-faced Dr Duria, Pooya will wow audiences with her vibrating power, easily hurling Tess (Lizzie Brocheré) and proved impervious to bullets fired by Taka (Will Yun Lee).
– With a slate of indie films and shorts in the coming months, she’s bound to be in the public eye as a richly fascinating talent indeed.

Dre Davis in “The Deleted”

– Dre Davis channels the enigmatic edginess of her character Kennedy in the new Freeform series “The Deleted” that has former members of a cult going off the grid.
– She’s noteworthy for her role as Sara Harvey, the sometimes friend, sometimes foe of the Liars in the hit “Pretty Little Liars” and we still miss how she consistently spices up the show.
– If you’re a horror fan, make sure to catch the very beguiling Dre in a bloodied fight for survival against a crazed stalker driving a beat up car in “Fender Bender”.

– Genuinely mesmerizing on film and television, the luscious Christina Moore has recently made it an artform in the skin of pernicious characters we love to hate.
– Guest-starring on “Mom” this week, Christina turns on the Bitch mode and rankles Christy (Anna Faris) as Camille, the snooty high-end store sales associate.
– She’s set to illuminate 2017 in “Running Wild” as Jennifer Hutchins, the sister of wealthy animal activist Meredith played by Sharon Stone who will be the primal antagonist. 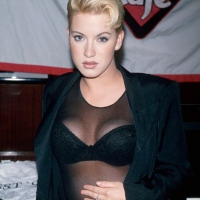 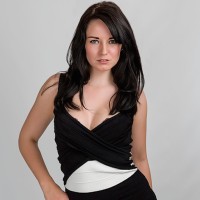 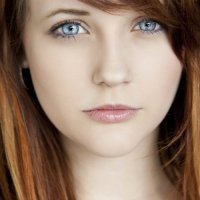