An ensemble cast is always to be looked upon with fondness especially with 5 actresses making their presence felt in the romantic comedy “All I Want”. Delving into the disquietness of modern love and friendship in a big city, viewers will get a taste of a bevy of impeccable indie sirens of the screen. Each one of them will delight us with their enchanting verve.

Susan stars as Suzy who is billed as a feisty woman with has many shades to her personality. Her success has fuelled her independence and with it comes her razor-sharp mind as well as being decisive in everything she does. Those at Dances With Films should catch the accomplished Susan at her most fascinating at the premiere of “All I Want” on Jun 11. She recently appeared as the sassy Nurse Mackenzie on “The Mindy Project” and you should also keep an eye out for her funny short “The Openers” which sees her as an aspiring comedienne.

Laura plays Nicole who is seemingly part of a moving plotline on “All I Want” as she deals with her complicated love life. With her radiant smile, Laura effortlessly comes across as fascinatingly relatable very much in vein with the delightful cast who make the film tick. We most certainly can’t wait to see the evolution of her character Nicole up on the big screen. Laura has acted alongside some of the most acclaimed actresses including Keira Knightley and Kristen Bell, her excellence in varying her body language, and gestures in her roles a real gift.

With her abundant charm, Camille Mana is a draw for the eyes as she plays Cami, a lesbian opposite one of the primary characters on “All I Want”. She’s adding to the rising interest of stories revolving the LGBTQ community which is a reflection of the modern relationship. Her role is one that has been crafted from Camille’s direction which was written with some of her own ideas in mind. Camille has always been a darling of indie films having previously illuminated Dances With Films back in 2015 with her comedy short “Oh Em Gee”.

The eclectic Kate Mines would be familiar to the web community having wowed us on “Dropping The Soap” as Kit Knockers, a washed-up soap star. She appeared alongside Jane Lynch who together butt heads as they both have different desires on the world of soap operas. In “All I Want”, she takes on the role of the outsider Kate who herself is wrestling with the love for her group of friends while being apprehensive of change. Kate has also been active on TV having been on the season finale of “American Crime” and recurring on “Grey’s Anatomy”. 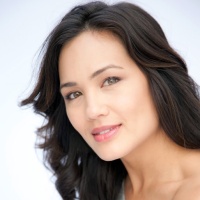 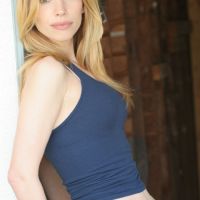