Statuesque beauty Shelley Dennis is on course to dazzle on the festival circuit with the world premiere of the romantic comedy “You Can Have A Nice Flight”. She plays Jesta, the love interest of the film and whilst she towers over Dong Hùng (Jimmy Dinh), a short, hapless Vietnamese manicurist, sparks are set to fly between the two. It’s a heartwarming tale of global connection in spite of cultural and even height differences with Shelley’s flight attendant Jesta and Dong Hùng making an endearing couple of opposite attraction. Shelley has already walked the red carpet at this year’s action on film festival in Nevada and will surely be a most luminous attraction for attendees.

The advent of inter-racial romance stories are hopefully on a resurgence with “The Big Sick” being a success and let’s see more films such as “You Can Have A Night Flight” getting recognition. It certainly has a charming cast with Shelley instilling a warmth and sweetness in the scenes she’s in. Shelley is also an award-wining actress having won the “Best Actress in a Comedy” for the Actors Awards in Los Angeles and even worked in both the modelling and writing worlds. Her improv skills have been on display all over the country on the stages at Groundlings and UCB. With her multi-faceted talents and adorable features, we’ll be having eyes on the loveable Shelley for some time to come.

Do visit the Shelley Dennis Official Site for all the latest updates. 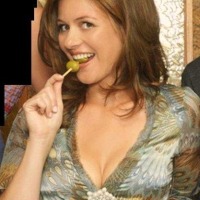