Human Trafficking is a subject that certainly hits home here in Asia and the hard-hitting feature “Trafficked” centres on 3 women from different worlds who are forced into a sex-trafficking ring. Punctuated by brutal and intense scenes, it’s no wonder the best young actresses are fronting this thriller that has a powerful message.

Kelly Washington stars as Sara, a young woman who is betrayed by a seemingly helpful social worker Diane (Ashley Judd) who turns out to be in a wolf in sheep’s clothing. In cahoots with sex traffickers, she lures Sara into a Texas brothel run by Simon (Sean Patrick Flanery). Things go downhill fast with Kelly’s riveting portrayal of a woman under psychological and physical duress being a standout! With the return of “Z-Nation”, many would recognise Kelly who guest-starred on the Season 3 cliffhanger as Lucy, the daughter of Murphy. Time will tell if Lucy is reunited with her dad Murphy after her kidnapping at the hands of The Man.

I put at my body, heart, & soul into this movie. See Trafficked in theaters October 6th. Please see the movie & spread the word. Let's all help stop human trafficking. 💛

As the bad girl Alexis alongside Bella Thorne’s Paige Townsen on the hit series “Famous In Love”, Niki cemented herself as one of the brightest prospects in the industry. Shining as the unpredictable and sometimes vindictive Alexis, her battles with Paige were the highlight of “Famous In Love”. Her Alexis is much more complex than just being the villain of the piece. Of course, Niki in real life is actually affable and is one of the reasons fans will be wanting to catch her appearance on “Trafficked”. I was certainly lucky to get this interview with her back in 2015. Forward to 2017, the ever radiant Niki is now primed to hit the big time.

You might have recently seen the luscious Hina Khan on the 2nd Season of “The Mick” and she was also on “Jane The Virgin”. While those were more light-hearted moments, one can envision her appearance on “Trafficked” will be made of more serious stuff. She’s known for her dramatic work in the indie film “Broken Glass” as well as her guest-starring role on “Hit The Floor”. Hina is also notable for appearing in the PSA about Trump’s proposed Muslim registry which was produced by Katy Perry. Being an actress of Pakistani descent, she stressed the point of “Don’t let history repeat itself” in reference to the Japanese internment of yore.

A Best Actress award winner for her comedic role as in “Trippin’ To The Altar, Lara Shah established herself as a face to watch on the indie festival circuit. This exotic beauty then went on to star on the Amanda Knox episode of “Scandal Made Me Famous” as murder victim Meredith Kercher. Being of Indian descent, Lara’s character has a bearing on the story arc set in India of the film “Trafficked”. Up next for Lara is the TV movie “The Monroe” which sees her alongside fellow “Trafficked” actress Niki Koss as well as the quirky action comedy “Chuck Hank and the San Diego Twins” alongside Troian Bellisario of “Pretty Little Liars” fame. 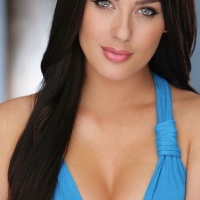 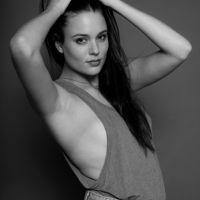