– Having won the Best Actress Award at the 2017 UBCP/ACTRA Awards for her thought-provoking performance in “Menorca”, Tammy Gillis is a Canadian trailblazer poised for global adulation.
– Such is the magnitude of her sparkling presence, she’s also becoming a fixture on television with her most recent recurring role on “Ghost Wars” as a female LAMDA mercenary who works alongside Daphne (Carmel Amit).
– While she carries some heavy firepower on “Ghost Wars”, Tammy will next be the arm of the law as Deputy Marissa Staub on Freeform show “Siren” which sees a more character driven, terrifying spin on mermaids.

Angeline Appel in “The Ranch”

– The breathtakingly beautiful Angeline Appel is the quintessential sweetheart who has most certainly made many swoon with her appearances on shows such as “Shameless”, “The Fosters” and “Lab Rats: Elite Force”.
– Do look out for Angeline on the 2nd Season of the comedy series “The Ranch” in a scene opposite Ashton Kutcher as Jessie, a gorgeous young woman who more than catches the eyes of Ashton’s Colt Bennett.
– There haven’t been many films touching on the theme of graffiti so her upcoming feature “Vandal” which is set in Miami should provide many intriguing moments accentuated by the luminosity of Angeline I’m sure.

– With the release of “Jean-Claude Van Johnson” on Amazon, we get to see the return of martial arts legend Jean Claude Van Damme as well as the sizzling appearance of the foxy Natasha Blasick.
– She shares screen time with JCVD as a Bulgarian temptress who presides over his race with a notorious criminal in order to score some illicit drugs. One could say her character is a feast for the eyes!
– Having starred in the wacky comedy “Dead Ant” recently, don’t miss Natasha in the Jane Levy series “There’s…Jonny!” where she plays the dangerously sexy Tracy, the girl with the killer looks and moves. 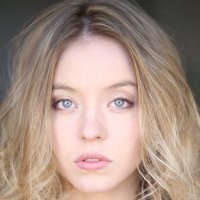