– No stranger to the supernatural on the small screen after her stint as Lydia on “Teen Wolf”, the sizzling Holland Roden stars in the surrealistic creep fest that is “Channel Zero” now in its terrifying 3rd Season.
– Holland plays Zoe Woods, the troubled yet tough older sister of Alice Woods (Olivia Luccardi) and Zoe’s history of mental illness weighs heavily on her. She soon finds herself in the throes of some bizarre experiences!
– “Channel Zero” should be yet another hit for Holland much in the same way global audiences were passionate about her leading role on “Teen Wolf”. One could say she has a magnetic appeal that draws us in without fail.

– Megan Hutchings is strikingly eye-catching on the comedy series “Crawford” where she guest stars as Veronica who has her sights set on stealing the crown of cereal business queen Cynthia (Jill Hennessy).
– In what is a deliciously evil role, her Veronica has the holier than thou personality where she believes she’s royalty. Megan shines as the caustic Veronica who is not afraid to get her hands dirty in getting her way.
– She previously was on the hit series “Reign” and Megan is ready to hit the big time with her upcoming appearances on the BET legal drama “In Contempt” as Tracy Campbell, a public defender.

– It’s certainly rare to see an Asian character who also happens to be bisexual on TV and the stunning Chantal Thuy is certainly a vision of strength and love as Grace Choi on the new CW series “Black Lightning”.
– Her recurring role as Grace sees her as a bartender and comic book fan who comes into the life of Anissa (Nafessa Williams) and early in the season there’s already an inkling of a burgeoning romantic relationship.
– From her work on independent cinema and now in a DC comic book superhero adaptation on the small screen, this Canadian sweetheart is establishing herself on multiple fronts and fronting the rise of Asian talents. 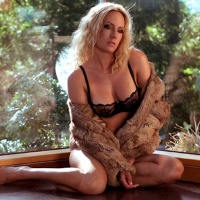