– Television in 2019 is becoming the mantelpiece of cherishing actresses and the luscious Dawn Noel would rank as a face we would love to see more of in episodic format, guest-starring this week on “NCIS: Los Angeles”.
– With elegant poise, she plays LAPD Officer Jessica Cole who together with her partner stumble upon a warring couple that are more than meets the eye when they are activated after a noise complaint.
– Already an award-winning actress and director thanks to her moving short “22 Years” which was a hit at numerous film festivals, Dawn’s emergence from indie films to TV is an upshot of her many divine gifts.

– We’ll be hearing a lot about the gorgeous Kara Jackson as she’s appearing in not 1 but 2 hit shows all in the space of a week, firstly on “Bull” and then on “FBI” after her dramatic role on “The Enemy Within” early this year.
– On “Bull”, she’s embroiled in a murder case as Helen Potter who is seemingly involved with the defendant’s husband as revelations come out when she is grilled on the witness stand by Freddy Rodríguez’s Benny Colon.
– Kara is remarkable as Helen, moving from infallible witness to a much more jittery state after incessant questioning which threatens to unveil her secret. She is more than capable of handling the shift in sentiments.

– After her recurring role as burlesque dancer Lydia Hall on “Murdoch Mysteries”, Katy Breier follows that up by guest-starring on “Frankie Drake Mysteries” affirming why she’s so eye-catching in shows of bygone eras.
– As Lilian in the latest episode of “Frankie Drake Mysteries”, Katy is a big draw in the guise of the sassy telephone operator as she shows the ropes to Rebecca Liddiard’s Mary Shaw who is on undercover duties.
– There’s a multi dimensional element to Katy’s portrayal as Lilian in addition to the obviously sunny perkiness that she has projected onscreen and it’s a validation on why she’s one of Canada’s rising talents. 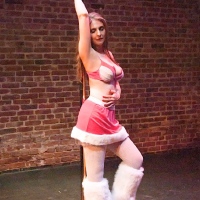 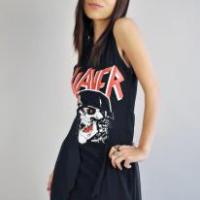