One of the sexiest brunettes in the industry, TONANTZIN CARMELO is certain to be seen as a fascinating performer in the months ahead. In “Shouting Secrets”, the drama about the fragility of love, TONANTZIN who won Best Actress at the American Indian Film Festival plays the old flame of leading man Wesley (Chaske Spencer of Twilight: Breaking Dawn fame). Just as she did in previous … END_OF_DOCUMENT_TOKEN_TO_BE_REPLACED 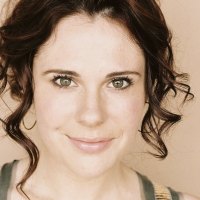