Molly Ratermann in “Bring Me An Avocado”

– The luscious Molly Ratermann is set to engage plenty of hearts as Greece in the touching drama “Bring Me An Avocado” which tells of a family in the throes of a plight that’s very close to the heart.
– She shines in her role as Greece, the caring sister of a comatose woman who strives to be the rock of the family as her brother in law and his children who grapple with the sudden emotional turmoil.
– Many will love how this multi-hyphenate talent injects lovable tenacity into her character as she’s aptly delivered in her previous appealing turns in indie features “Lizzie Lost” and “Suicide”.

– The foxy Nicole Dambro is delivering a one-two punch in the world of independent cinema with 2 eye-catching films that’s bizarre yet absorbing for fans who love their serving of indie horror.
– First up is the Cinequest 2019 premiere of “Groupers” where Nicole is every bit the femme fatale in the guise of the seductive Meg who has quite the sadistic plan in store for 2 unsuspecting homophobes.
– She is also in “The Axiom” which has been released on most US-digital platforms. She stars as Darcy who enters a nightmarish world when she tries to search for her missing sister in the National Forest.

Emily Tremaine in “The Way You Look Tonight”

– I’m am (like most romantics) drawn towards indie rom-coms and “The Way You Look Tonight” has an almost magical premise with one of the actresses to fawn over being the luscious Emily Tremaine.
– The whimsical love story centres on a guy who after a passionate encounter with a mysterious woman discovers his pursuits at online dating results in haunting similarities in the women he hooks up with.
– Known for her work on TV shows such as “Vinyl”, “Guilt”, “The Blacklist” and most recently on the hit drama “Bull”, Emily continues to fascinate us with her desirable allure that ensure we are her devotees.

Francine Locke in “Mine 9”

– Fans of the debut series “The Passage” would have seen Francine Locke in a scary turn as a recently converted vampire who proves quite a threat in the episode “I Want to Know What You Taste Like”
– Her upcoming appearance in the drama “Mine 9” is no less harrowing albeit it’s steeped in a more grounded reality as nine Appalachian miners struggle to survive after a methane explosion.
– Francine’s authenticity have been a cornerstone of her impressive work on both film and television which has seen her gracefully excel in multiple genres including drama, comedy and horror. 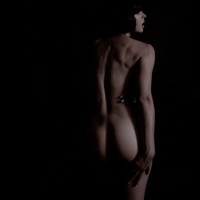