1. Jamie Carroll in “Person Of Interest”

– Jamie is an upcoming starlet on the indie circuit who was notably eye-catching in the award-winning short “Jane, Then Gone” in the titular role of the enigmatic Jane.
– At the Los Angeles Independent Film Festival Awards, she was a Best Supporting Actor Nominee for her film “Just Ask” foretelling that she’s a talent with impeccable prospects.
– Now she’s on course to dazzle up TV land on this week’s episode Guilty from “Person Of Interest” in a role while hush-hush will conjure a wave of interest

2. Alex Lombard in “Jane The Virgin”

– The bewitching Alex Lombard is going to make it a sizzling one-two punch on TV with appearances on “Jane The Virgin” and “Cougar Town”.
– We’ve seen The CW Network being graced by the hottest brunettes (Adelaide Kane & Nina Dobrev to name a few) and Alex brings her exquisiteness to this week’s Chapter Thirteen.
– She’s already an indie darling with her haunting short film “Sophie” in which she’s the director,writer and star being well received at numerous film festivals.

– Just like how we’ve attracted to the show “Agent Carter”, we too will fall in love with the comely Krista who is in the episode “A Sin to Err” screening on Feb 10
– If you haven’t catch her recurring role on the Nick show “The Thundermans”, it’s time to do so and get passionate for her exuberant charm.
– Krista has also been part of an entertaining Samsung mobile ad as a socially awkward but technologically curious millennial checking out Samsung products in all the wrong places.

– With her lust-worthy bod, we wished Carly is a newscaster in real life since she is guest-starring on the Adult Swim comedy series “Newsreaders” which will air on Feb 12.
– Before that on Feb 10, she’s on “Cougar Town” proving that good things do come in pairs, those being her doubly hot appearances on TV which includes girl fighting!
– She’s already shown her fine comic timing on film and just recently graced the hit “Dumb and Dumber Too” alongside Jim Carrey and Jeff Daniels as well as “Hello Ladies:The Movie”. 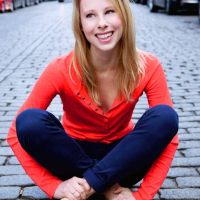 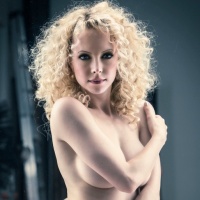 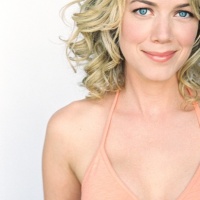 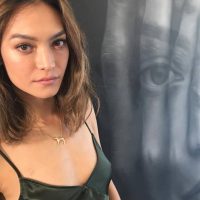 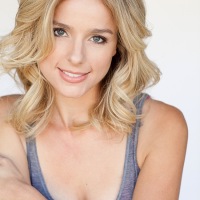